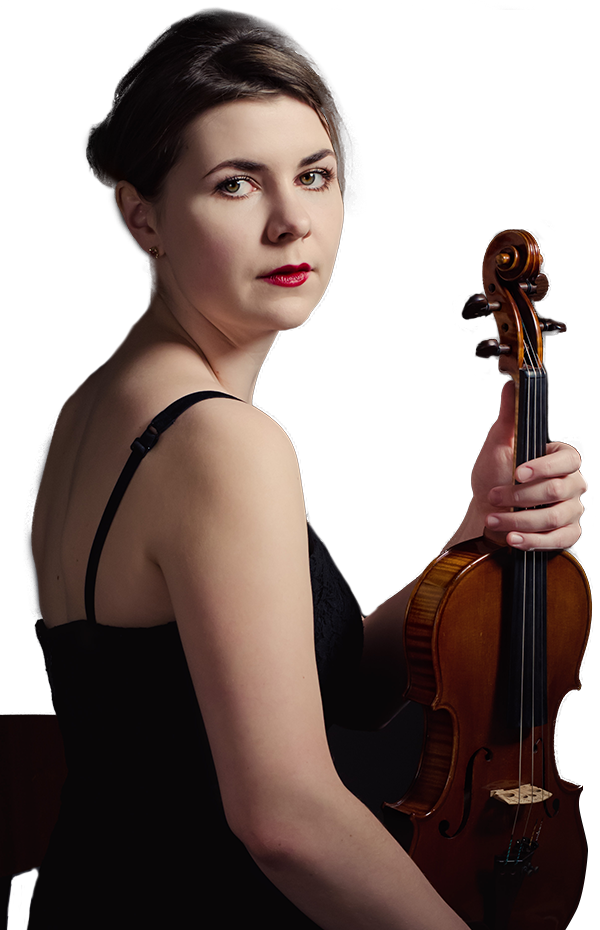 Described by The Times as a musician ‘simply superb regarding commitment, musicianship and technical command’ 28 years old violinist Marta Kowalczyk is one of the most regarded and versatile artists of her generation.

Born in Poland, she began her violin studies at the age of 7. After graduating from the Chopin University of Music in Warsaw Marta completed a Master of Arts at the Royal Academy of Music in London where she studied with György Pauk. In 2017 she completed the Stauffer Academy in Cremona with Maestro Salvatore Accardo.

Ms Kowalczyk made her solo debut with Sinfonia Varsovia at the age of 15 performing Brahms Violin Concerto, and has since performed as a soloist and chamber musician throughout Europe, Asia and North America; collaborated with artists such as Salvatore Accardo, Bruno Giuranna, Maxim Vengerov, Sir Mark Elder, Barry Douglas, Arto Noras, Antoni Wit and Krzysztof Penderecki.

Since 2017 Ms Kowalczyk is a concertmaster of the Basel Symphony Orchestra in Switzerland. Most recently Ms Kowalczyk has recorded her widely distributed debut CD with Krzysztof Penderecki’s 1stand 2nd Sonata and ‘La Follia’ for solo violin.